Sometimes sows are agressive against their own piglets during or immediately after farrowing, resulting in wounding or death of their neonatal piglets. Sows with this mothering disability wean almost 2 piglets / litter less.

A dominance hierarchy is often established in group housing systems through aggressive interactions between unfamiliar sows. Affected sows demonstrate injuries (lesions on the skin and/or vulva), lameness and a poor body condition due to decreased feed intake. Typically, the pregnancy rate and number of live born piglets is reduced.

Aggression in weaners and fatteners

Several predisposing stress factors like re-grouping, high stocking density, inappropriate climate, genotype, poor health status and the establishment of social hierarchy all induce aggression such as fighting, and tail and ear biting. The prevalence of tail biting in the EU ranges from 3 to 10%. Tail biting has an important impact on technical performance (growth, feed conversion, mortality, culls), animal welfare (injuries, lameness), carcass quality and antimicrobial use. 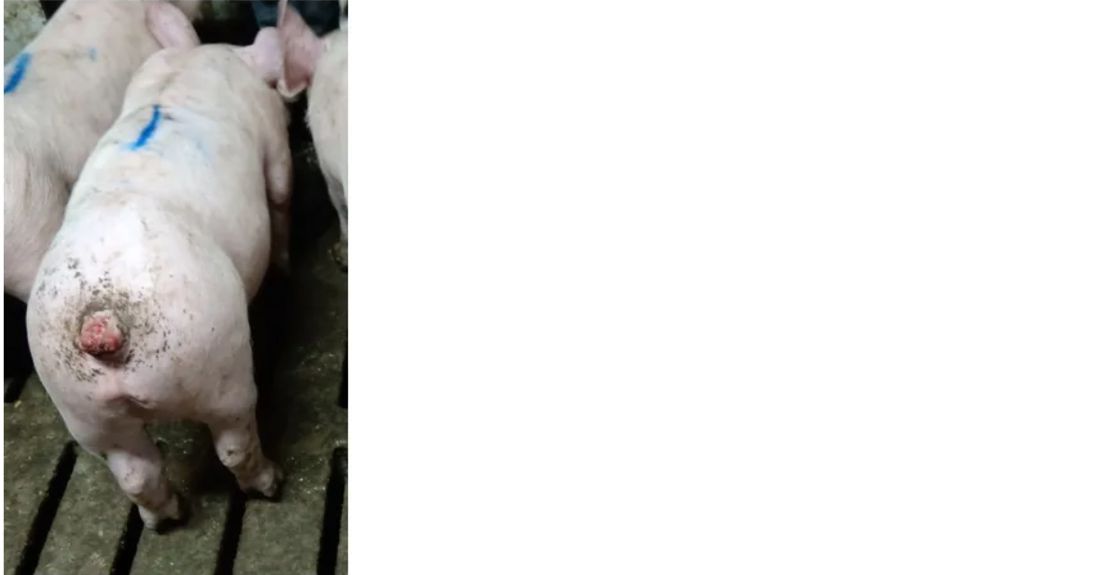 The efficacy of Sedoline® Powder is documented in several publications. It is a complementary feed available in 1, 5 and 20kg bags.

For piglets and fattening pigs: 1 kg per tonne feed from at least 2 days before to minimum 2 days after the expected outbreak of aggression.

For sows / gilts: 10 g per 100 kg bodyweight per day from at least 2 days before to minimum 2 days after the expected moment of stress.

272 healthy pigs with long, uncut tails and teeth cut on day 1 after birth were allocated to two groups of 136 piglets each for a blind test with pelleted feed. One was a control group, and the other group received the same control feed but supplemented with Sedoline® Powder at 1 kg per tonne feed from weaning at day 28 (7-8 kg) until day 70 (25-29 kg).

Figure 2. Scores for tail damage, length and freshness of blood

This article originally appeared on The Pig Site.

Understanding the Paradox of Worm Infections in Pigs