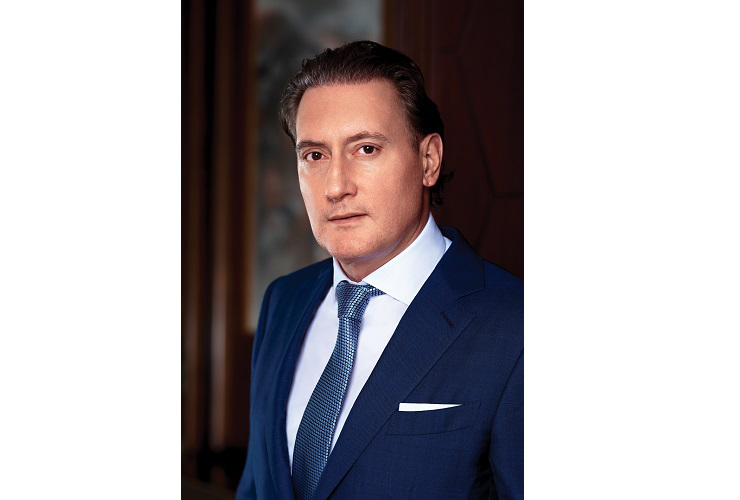 Mr. Kiril Petrov Domuschiev was born on 18 April 1969 in the city of Sofia, Bulgaria. He completed his secondary education at the 9th Secondary Language School Alphonse de Lamartine, in Spanish class. Having completed his higher education, he was awarded a master's degree in Industrial Management and Marketing from the Technical University, Sofia.

Mr. Domuschiev is an industrialist and "true entrepreneur" with a portfolio of investments in various industries including pharmaceuticals, shipping, port management, real estate and football. He was among the first entrepreneurs to start a successful private business in Bulgaria after the change in 1990. By that time, he had founded several companies dealing with production and trade. In 2003, the activities of these companies were merged and transferred to the holding company Advance Properties OOD, of which Mr. Domuschiev shares 100% ownership together with his brother.

As President and CEO of Huvepharma Group, alongside other relevant management and/or supervisory positions in other industries including shipping, media and insurance, Mr. Domuschiev develops and implements profitable business strategies and ensures that good practices, as well as high operational standards are maintained within the group. 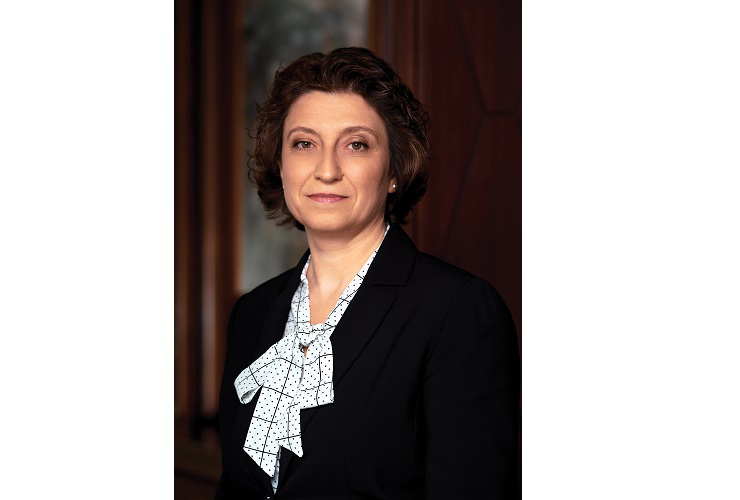 Maria Terzieva is Chief Financial Officer of Huvepharma and responsible for the robust financial profile, planning, financial mangement and continuous support of business development, financial institution relations and business integrations. Maria supports the expansion and investments of Huvepharma and ensures the sustainable, strong financial performance and financial discipline that provides confidence to all Huvepharma stakeholders.

As CFO, Maria has built and maintains a global finance and tax shared function with lean, highly efficient and organised finance, accounting, treasury and IT teams. Her reponsibilities include defining and overseeing corporate financial policies, managing liquidity, forecasting, monitoring working capital and centralized management of the funding, budgeting and reporting functions.

Before being appointed CFO in 2014, Maria worked in different positions in Huvepharma starting in 1994 with increasing scope of responsibilities throughout her Huvepharma career. Maria is a chartered accountant and graduated from the University of National and World Economy in Sofia in Economics and Management.

Eddy Piron is Vice President of Sales and Marketing for Huvepharma and manages the global Huvepharma organization that brings Huvepharma's products and services to livestock producers and veterinarians. Eddy joined Huvepharma in 2005 sharing the vision for Huvepharma to become a leader in animal health. This was achieved by attracting highly talented experts, expanding the business via strategically placed new subsidiaries, and increasing the depth and breadth of products and services, including the addition of new species groups to support Huvepharma's global offering and growing customer base.

Eddy is also member of the board of Animal Health Europe, the federation representing the European animal health industry.

Alain Kanora has broad experience in the animal health industry. He holds the position of International Sales Director Affiliates at Huvepharma, leading affiliates around the world to achieve the business goals and to grow the international business of Huvepharma.

Alain started as a practicing swine veterinarian in Belgium and was linked to a premix company servicing the animal feed markets in Benelux and France. At the same time he was involved in multiple sectorial organisations to keep in touch with the pragmatic heartbeat of the industry. His field of experience was broadened when he joined Janssen Animal Health as Global Technical Business Manager for their livestock portfolio, a position he held for 5 years while also obtaining an MBA from Vlerick, Belgium.

In 2005, Alain joined Huvepharma as Global Marketing Director, helping the development and growth of  the company as a new player in the animal livestock business. In 2008, the responsibility of managing the affiliates was added to his role. With the fast growth of the affiliates, additional attention and support was needed and from 2016 onwards he focused solely on managing affiliates and sales.

Alain graduated from Ghent University as a Doctor of Veterinary Sciences with a focus on livestock and internal diseases and he is also a Diplomat of the European College of Porcine Health and Management in swine pathology and diseases. 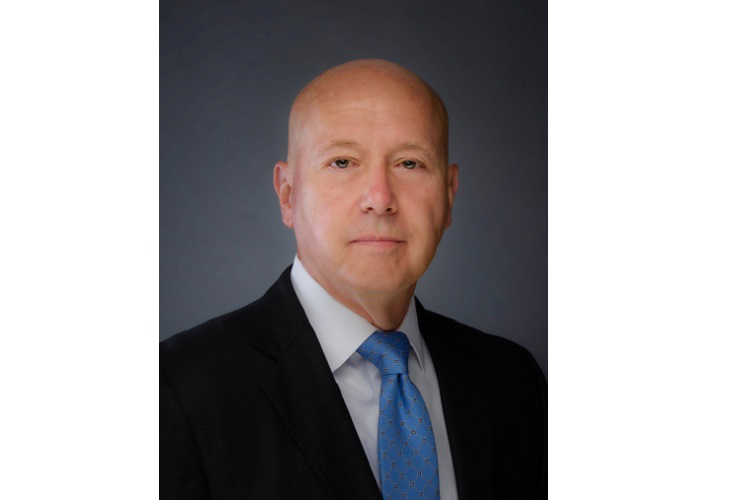 Glenn graduated from the University of Florida in Gainesville, Florida in 1982 with a BSc in Agriculture. 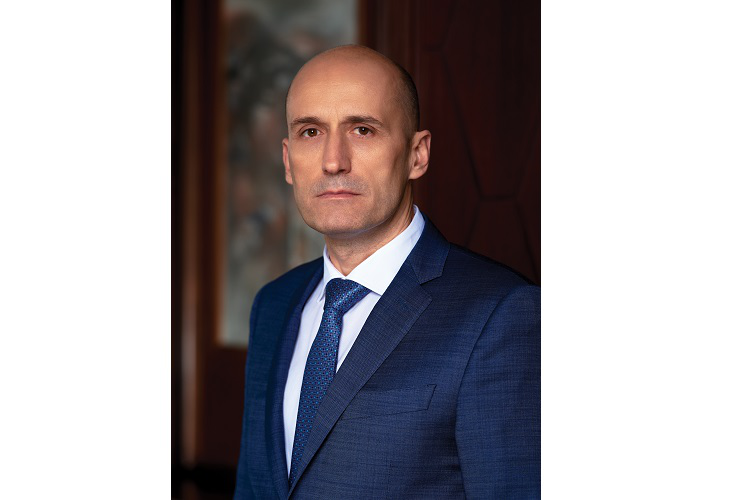 Anguel is Vice President of Production for Huvepharma and CEO of Biovet. He is responsible for restructuring, management, development, investments and capacity expansion at all the production facilities of the company globally. Anguel is involved in creating, planning, implementing and integrating the strategic direction of Huvepharma.

Anguel joined Huvepharma in 2008, sharing the vision for Huvepharma to become a leader in animal health.

Before Huvepharma, Anguel worked in different positions at Advance Properties Holding and has been Executive Director of Biovet since 2000. In 2008, he was appointed Vice President of Production at Huvepharma.

Anguel graduated in 1984 from the University of National and World Economy in Sofia in Economics and Management. 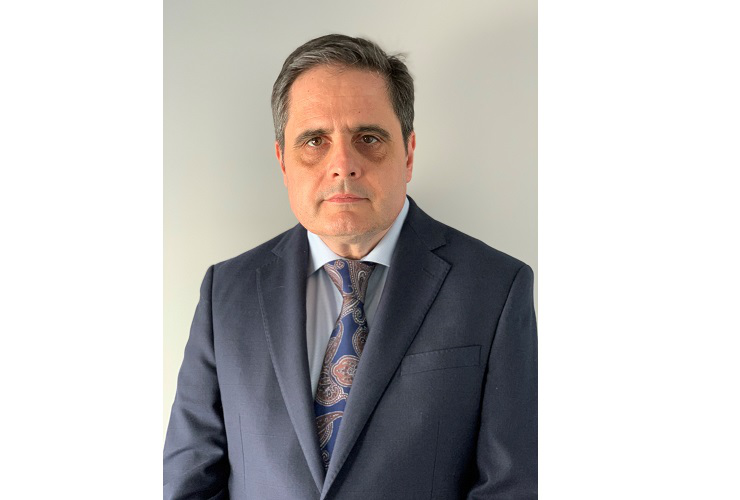 Spas is Director of Business Development and his responsibilities include new projects and product development, coordination of global research and development activities and regulatory affairs. Spas initially joined the R&D department of Biovet AD, the manufacturing arm of Huvepharma, and has been involved in the process and product development behind the ever-expanding portfolio of products of the company. Spas is also a member of the Managing Board of Biovet AD and overlooks contract manufacturing projects and IP.

Spas has authored and co-authored many scientific papers, publications and international patents for new products, formulations and processes.