According to the FAO, aquaculture is projected to grow to produce volumes of nearly 109 million metric tons by 2030. Global focus on sustainability is also important in the aquaculture industry and is leading to better use of all the ingredients often used in the production of aqua feed.

It is known that phytase enzymes increase the phosphorus (P) availability of plant-based ingredients and also allow the use of more cost-effective feed ingredients by optimizing the animal's use of the nutrients in the raw materials. This is also valid for omnivorous fish species produced and consumed around the world.

Tilapia is the second most cultivated fish species in the world, after carp and ahead of salmon. Production grew at approximately 7% annually over the last decade. This level of huge growth continues today and demands more resources which the sector must deliver in a compliant and sustainable way. Key areas for improvement are providing the right nutrition for optimal performance, and decreasing the amount of P discharged into the environment. Recent studies estimate that as much as 75% of the P contained in fish feed used in intensive aquaculture production is excreted into the environment.

OptiPhos Plus is the latest generation phytase enzyme developed by Huvepharma based on its extensive know-how of enzyme technology. OptiPhos Plus was developed by screening phytase variant libraries (based on OptiPhos) for improved thermal stability while keeping other favourable OptiPhos properties (such as ideal pH, pepsin resistance and fast action). Huvepharma's research demonstrates that, as well as being the fastest phytase on the market, OptiPhos Plus secures stability.

Our recent research demonstrates that OptiPhos Plus improves growth performance in Nile tilapia (Oreochromis niloticus), as confirmed during a trial completed in a recirculating aquaculture system (RAS). The total duration of the trial was 93 days, starting with juveniles of 13.3 ± 0.80 g.

A total of three diets by quintuplicate (five-fold) were tested on 450 fish in total. All diets were produced by extrusion. The trial set-up is described in Table 1.

Fish were fed three daily meals (09h00, 14h00 and 17h00) to visual satiety (ad libitum). The feed was measured and distributed per tank on a daily basis to allow accurate recording and to avoid feed wastage during manual feeding. The feed composition, ingredients and calculated analysis is shown in Table 2. 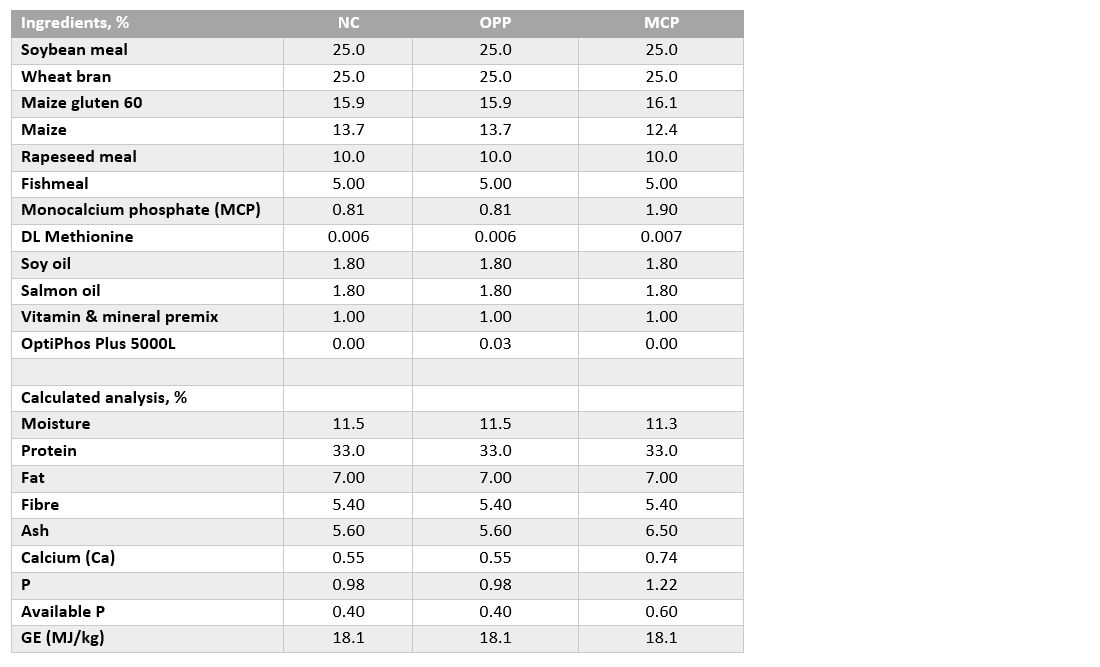 Table 2. Feed composition, ingredients (%) and calculated analysis (%) for each diet

Various measurements were recorded to calculate the feed conversion ratio (FCR), protein efficiency ratio (PER, which is the weight gain of the groups divided by the protein consumed by each group), and specific growth ratio (SGR). In addition, water quality parameters, health and mortality were monitored on a daily basis.

The results obtained (Table 3) show that, when using OptiPhos Plus at 1500 FTU/kg feed, the final body weight (FBW), PER and SGR were significantly higher (p < 0.05) than the treatment containing monocalcium phosphate (MCP). The treatment with OptiPhos Plus at 1500 FTU/kg feed also showed a higher FBW, PER and SGR than the negative control (NC) group (p < 0.05).

Changes in body weight and FCR during the whole trial are shown in Figures 1 and 2, respectively.

Figure 1. Changes in body weight after 93 days of feeding

Figure 2. Changes to FCR after 93 days of feeding

Assuming that MCP contains 21% available P, we can demonstrate that 11 kg of MCP can be replaced by OptiPhos Plus included at 300 g/ton. Recently, MCP prices have increased. Considering an average price of €1,000/ton for MCP, we can estimate that replacing MCP with OptiPhos Plus saves approximately €11 per ton of feed.

OptiPhos® Plus is the latest generation, most thermostable phytase on the market. OptiPhos® Plus has improved thermostability and shows robust and reliable matrix values.