The Positive Effect of Extended Use of Anticoccidials

Lesion scoring was performed on approximately five birds per flock between 14 and 35 days of age using the Johnson and Reid (1970) scoring system for both the short and long anticoccidial program flocks (1006 and 3410, respectively). Total mean lesion scores (TMLS; i.e. the sum of the mean lesion scores for E. acervulina, E. maxima, and E. tenella) were calculated per lesion scoring moment and a LOESS curve (locally estimated scatterplot smoothing), which is a locally weighted average trend line, was plotted to visualize the evolution of the TMLS for the anticoccidial programs according to the birds' age. 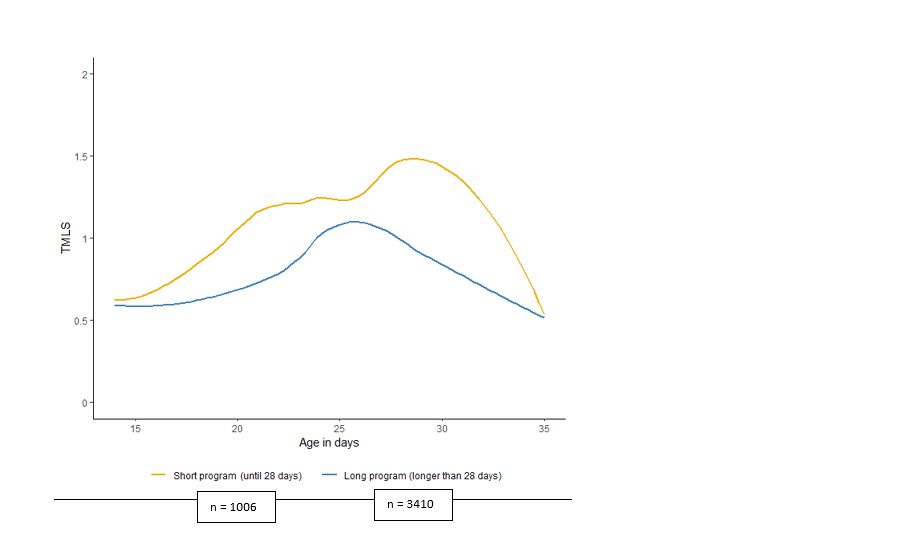 Figure 1. Total mean lesion scores (TMLS)* by age when used in short or long anticoccidial programs. * A LOESS curve was plotted to visualize the evolution of the TMLS according to the age of the bird.

For both programs, the TMLS was at approximately the same level in the young age range. In flocks where a long program of anticoccidials was used, the TMLS reached a peak at 25 days and decreased after that age.

When using a short program, the lesion peak was reached at an older age (28 days) and moreover the peak was higher. After reaching the peak, the TMLS decreased to the same level as the long program birds by the age of 35 days.

During the complete observation period, birds on a short program had a significantly higher TMLS compared to birds on a long program.

Data collected in Aviapp® were analyzed to evaluate the length of anticoccidial inclusion on lesion scores. Analysis of the lesion scores from 4416 flocks demonstrated that inclusion of anticoccidials beyond 28 days of age resulted in lower average coccidiosis lesion scores, and a peak lesion score was reached earlier in the life of the birds. Coccidiosis in older birds has a more significant impact on bird performance in comparison to young birds (Teeter, 2008). The closer to slaughter age when the lesion score peak is reached, the less time there is for compensatory growth to make up for the losses. Therefore, it is recommended to use anticoccidials beyond 28 days of age.