reading time
With oil and gas prices in a state of volatility, the need to both conserve energy and find alternatives to fossil fuels has become an economic as well as environmental imperative. This is certainly true for companies involved in the food production chain, where competition has always been ferocious and margins are tight, despite increasing demand in line with global population growth.

Huvepharma, a privately owned company headquartered in Bulgaria that specializes in livestock health products, is successfully addressing these challenges. The firm is dedicated to circular economy principles and responsible environmental stewardship.

"Energy is essential for our production processes," says Huvepharma President Kiril Domuschiev. "We already operate two power plants, where production waste is incinerated together with some waste products from third parties in state-of-the-art facilities." Steam is produced as an alternative energy supply, allowing a 40% reduction in natural gas consumption. Treatment of wastewater and exhausted air to eliminate emissions and odor is also integrated into the company's manufacturing facilities. 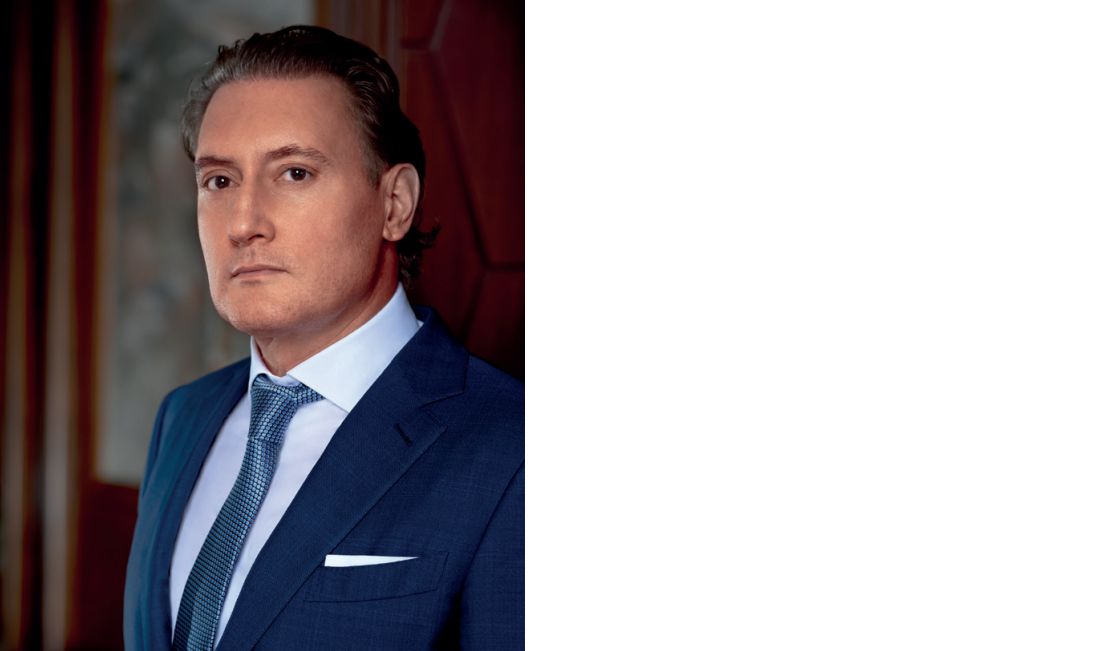 Huvepharma's commitment to the circular economy and its drive to switch to alternative energy sources predate today's heightened energy concerns. In 2021, the company committed to invest $180 million into the development of renewable energy sources such as geothermal, wind, and especially solar power plants. It was the first time in the company's history that an expenditure had come close to equaling its investment in product research and development, but the geopolitical events that have since unfolded have proved it to be a smart decision.

"It can be disastrous if energy supplies and costs are unpredictable because you can't set your prices or predict future revenues," Domuschiev explains. "This is currently one of the major drawbacks of electric power in many parts of Europe." To counter this, Huvepharma has begun expanding its solar power capacity from 25MW to 185MW, with this project scheduled for completion by the end of Q1 2023. The company's solar installations will eventually reach a capacity of 300MW, enough to power 300,000 households. "By 2030, at the latest, we will be self-sufficient in our energy needs," says Domuschiev.

Meanwhile, Huvepharma's commitment to the productivity and sustainability of global food production continues to reap rewards in many subsectors. For instance, with aquaculture destined to play an increasingly important role in feeding the global population, and the Nile tilapia now the second most cultivated fish species in the world, introducing cost-effective tools to increase the nutrients available in fish diets has become urgent. Huvepharma's new-generation phytase enzyme, OptiPhos Plus, helps animals to better utilize phosphorus, optimizing use of inorganic phosphate sources and reducing environmental pressure.

The company is constantly striving to reduce its clients' greenhouse gas (GHG) emissions and to find solutions for the raising of all species of livestock animals. The poultry industry is doing better than many other parts of the agribusiness regarding emissions, but the scale and growth rate of the industry mean that its environmental sustainability could become an issue in the future. Optimization of the birds' health, especially gut health, is a key focus of Huvepharma and has proved beneficial in supporting performance and optimizing feed utilization.

On a broader scale, Huvepharma has risen to the challenge of developing plant-based Omega 3 fatty acid oils that can be used as substitutes for their fish-based equivalents. Last November, it set up the Huve Nutraceuticals joint venture, which is dedicated to the large-scale production of these plant-based oils. While output will principally be targeted for use in livestock nutrition, the new range of algal oils will also be suitable for use in food for pets and people alike. 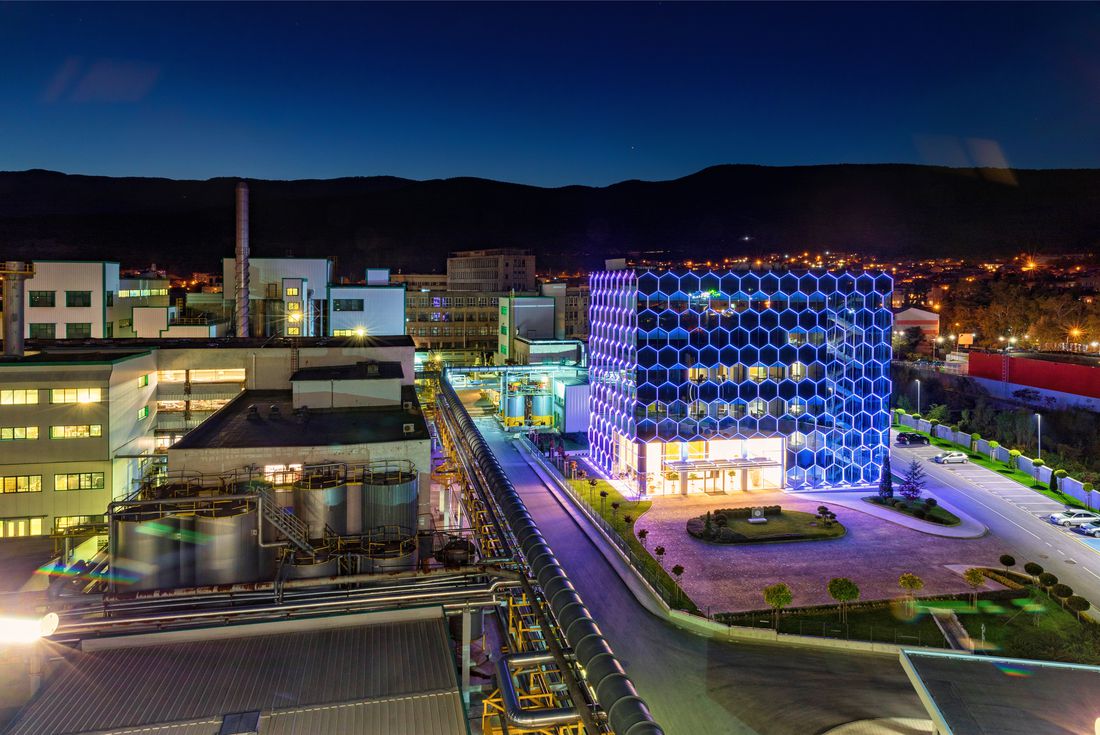 Based at a new fermentation plant in the southern Bulgarian town of Peshtera, the manufacturing process will eliminate the health risks associated with the toxins found in the fish oils commonly used in Omega 3 extraction. "You need to catch millions of tons of fish to meet demand for Omega 3, so the environmental advantage of using algal oils produced by fermentation is self-evident," Domuschiev says. "It is also healthier, as these don't contain heavy metals like mercury or nano-plastics that are endemic in fish, now that our oceans are so polluted."

Huvepharma's move into sustainable algal oil production is just the latest in a long line of farsighted projects that Kiril Domuschiev and his brother, Georgi, have initiated in the livestock health sector since 2000, when they entered the sector by acquiring a 54% stake in the partially state-owned animal health firm Biovet. The manufacturing subsidiary is still in operation, although the company was renamed Huvepharma five years later ("Hu" stands for human and "ve" for veterinary).

Through a combination of organic growth and acquisitions, it has grown into a truly global operation, with 11 plants in four countries, revenues of more than $745 million, and a 2021 EBITDA of $200 million.

Huvepharma's corporate headquarters are based in Sofia, but Peshtera remains its traditional heartland and operational nerve center, and from its state-of-the-art complex there, Huvepharma's Biovet subsidiary still coordinates the activities of a network of independent manufacturing units. Amassed over the past 22 years through a combination of organic startups and acquisitions, this network now stretches from Bulgaria to Italy, France, and North America. Its assets in Bulgaria include large, modern fermentation plants that provide capacity for major biotech production, purification, and downstream processing, and extensive R&D, quality assurance, and packaged goods facilities.

"We are operating in a global market," says Domuschiev. "Not only do we sell our products in more than 100 countries, but our facilities are spread widely, as well. We have two production sites in France, a chemical synthesis plant in Italy, three production facilities for biotechnology and vaccines in Bulgaria, and five sites in the U.S. for vaccines and veterinary medicines."

Domuschiev now has his sights on Southeast Asia, and Huvepharma is currently setting up a new regional network of subsidiaries in the Philippines, Indonesia, and South Korea. Although it currently uses third-party distributors in these countries, the fact that the region helped international sales (excluding the EU and North America) increase by 15% last year has prompted Domuschiev to set up his own subsidiaries, as the company did years ago in India, Thailand, China, and Taiwan.

"We want to be there with our own teams who are completely focused on our products," Domuschiev says. "Customers turn to Huvepharma because of its reliability. It's all about quality and delivering on time."

Domuschiev sees possibilities for additional market penetration, riding on Huvepharma's reputation as a reliable partner that delivers quality products. The company's ability to overcome problems in the supply chain is due to Huvepharma's full integration, from its own R&D through the production of most of the active pharmaceutical ingredients in its formulations, to delivery to customers around the globe.

The company is also continuing to expand in the U.S., where it has had a presence since acquiring a production site in St. Louis in 2007. With US headquarters in Georgia, Huvepharma Inc. has grown to encompass manufacturing and research facilities in North Carolina, Nebraska, Colorado, and Missouri. Most recently, it acquired a new R&D center in Florida that Domuschiev plans to use as a platform for the development of Huvepharma's vaccine portfolio.

Domuschiev's faith in the future of the vaccine market is understandable. Huvepharma's financial performance improved during the COVID 19 pandemic, and year-on-year revenue increased by 11%, on average, over the last five years. That impressive performance looks set to continue. "If 2022 carries on as it has started, we will almost certainly achieve double-digit growth again this year, despite all the challenges we face," he says. "That has been standard for us for the past 10 to 15 years. And almost all that growth has been organic."

Domuschiev is fully aware that achieving organic growth is all about recruiting and retaining the best people. "We are always looking to offer our people competitive remuneration packages, but that is only half the equation," he says. "We are continually striving to give them the appropriate training and education, as well as attractive incentive schemes. On top of that, they can see that we regularly reinvest our profits back into the company through our intensive annual investment program. Working in a company that is growing and developing and where you can see the results of your work is motivational. And that motivation is very important.

"Huvepharma has a clear vision, not only today but also for the near future, taking into account sustainability very seriously, together with the challenge to fulfil the needs of a more demanding and greener world."

This article appeared in the Europe edition of Fortune magazine, August / September 2022.